Why are we scalping rough instead of cutting higher?

If  you have recently played at East Lake you may have noticed scalped areas in the rough. This was not a mistake, but a new plan given to us by Bland Cooper, our PGA Tour Agronomist this year. In recent years we have waited until about two weeks prior to The Tour Championship to raise our rough to its final height-of-cut (HOC). What has resulted is inconsistent lies - some balls settled down and some stayed up in the canopy. Bland has told us this is a result of a "false crown" that developes in bermudagrass rough when you bring the HOC up in stages. His solution has been to raise the HOC for 3-4 mowings, then lower the HOC from 1/4-1/2" in order to remove the false crown. What you see in the photos is the result of lowering the HOC from 2 1/4" to 2". To reduce the amount of debris created by this process, for this mowing we only mowed out to our normal spectator rope lines since spectator traffic squashes the rough outside the ropes. We will now bring the HOC back to 2 1/4" until two weeks before the tournament. The expected result is no false crown and tender new tissue that will allow the ball to nestle down consistently. 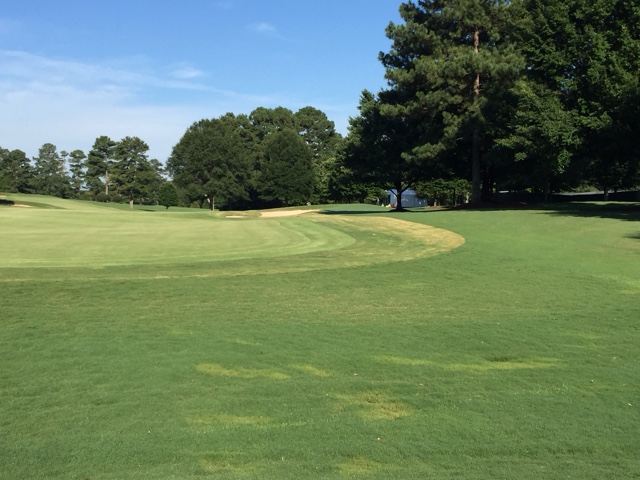 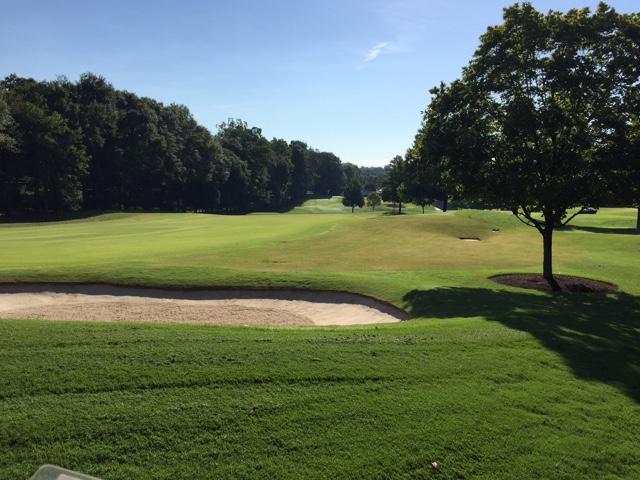