10/5/15
***Revised: In our last blog post (below), we showed some photos of some of the damage remaining after the tournament was over. One of my goals of that post was to show people that hosting an event, while enjoyable in many ways, sometimes has its challenges. It is amazing how many people seem to think that the day after a Tour event, all the hospitality and TV towers just "disappear" overnight and everything is back to normal. Hospitality takes about three months to build for The TOUR Championship, and approximately five to six weeks to tear down. It is a major production!
However, I did a horrible job of conveying that despite the challenges, the rewards of hosting such an event make the challenges worthwhile. The chance to prepare a golf course for some of the world's best players is a privilege many of us will never experience. Of greater importance are the many charities that PGA Tour events support all over the world. The PGA Tour gives far more money to charity than any other professional sport by a very wide margin. I apologize to the PGA Tour for making it sound like hosting an event is more trouble than it is worth, for nothing could be farther from the truth!


10/1/15
The 2015 TOUR Championship sponsored by Coca-Cola will be a hard event to forget. From the player comments about the course conditioning (all positive!) to the crowning of a great champion (Jordan Spieth), it was a great tournament. However, the rain that began falling Thursday evening after the first round and continued through Tuesday following the tournament turned this great tournament into an enormous challenge for the Agronomy Team. It was a struggle to keep vendors, television crews, tour volunteers, Shotlink crews, and ecology crews on the concrete paths. The following photos are a small sample of the challenges we face as our growing season starts to end. 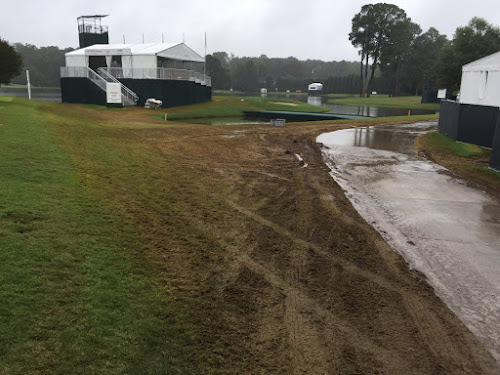 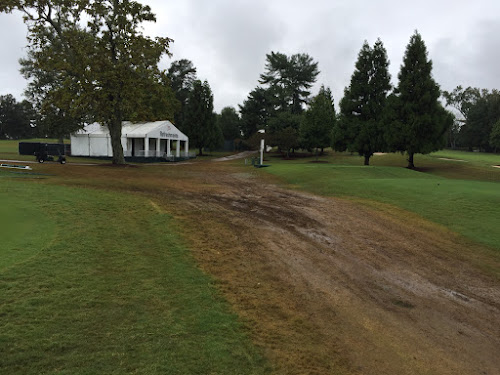 The small green area in the middle of this area between our first green and second tee, is where a sign stating "No Cart Zone" stood. 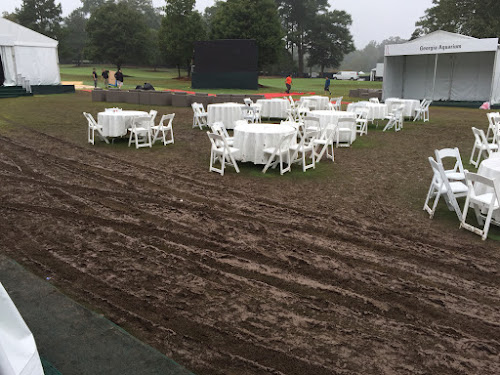 This used to be our short game practice area. A little mud obviously didn't keep the cart drivers away. 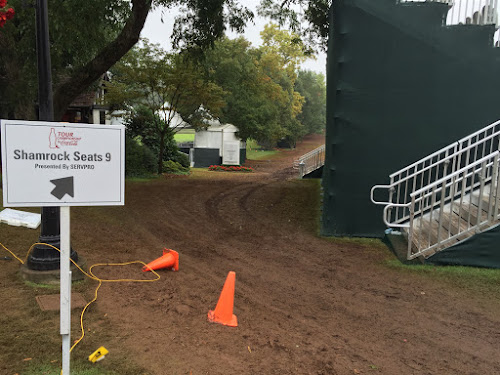 Behind bleachers on left side if first tee 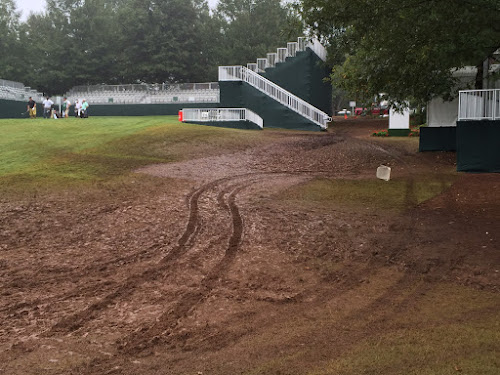 Same area as above, viewed from opposite side. 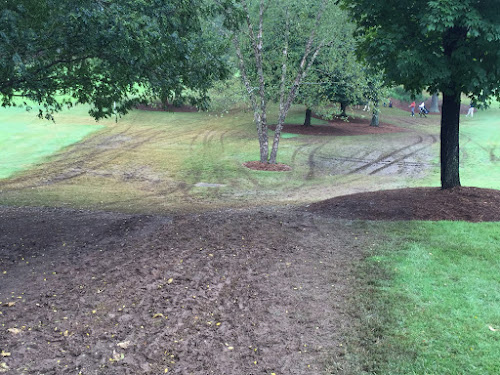 Between first and ninth fairways 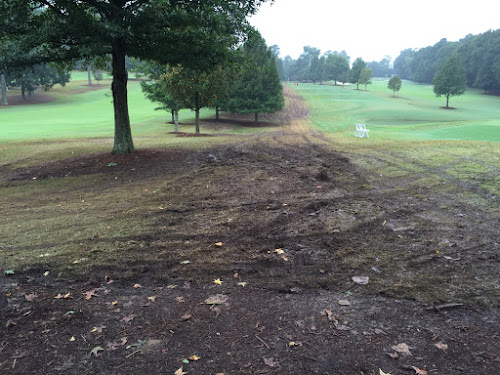 Between first fairway and second green 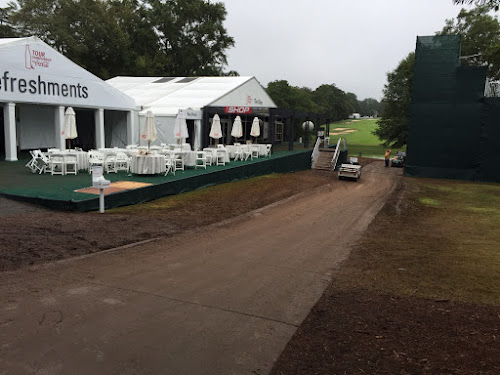 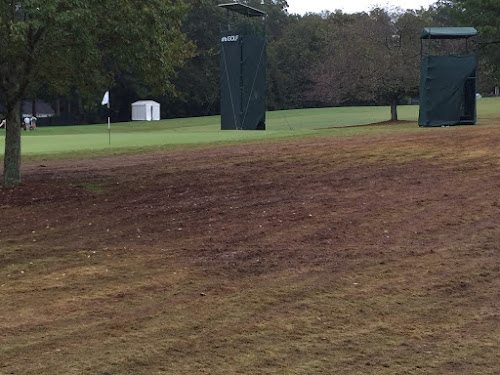 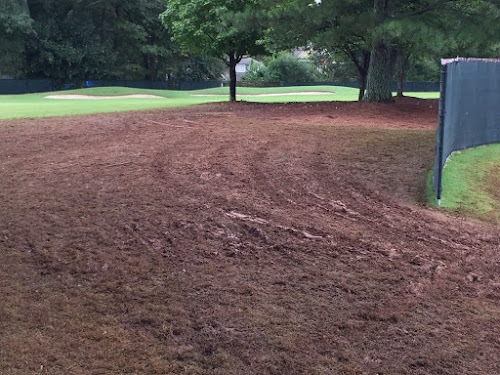 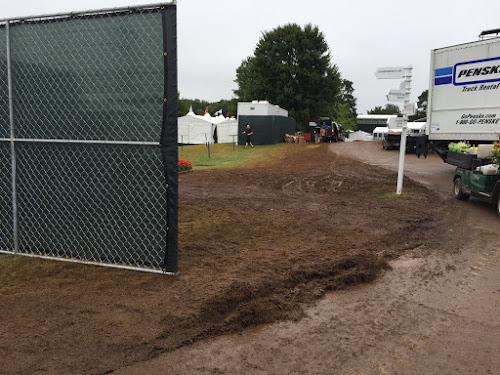 Check out our amazing recovery a month after the PGA TOUR Championship in this blog post that followed:A Miraculous Recovery