I hope that everyone is enjoying some down time in these cooler months and  enjoying the holiday season. The team at East Lake has enjoyed some less intensive work weeks since tournament has passed, however in the pursuit of perfection we are already building towards a great start of the new year and 2015 golf season.

As for many in the industry this time of year with reduced rounds is perfect for completing some projects that maybe unattainable to complete during the busier months for golf. As a department we have tackled many of our projects we were not able to complete prior to The Tour Championship.

Months prior to the Tour Championship we noticed a small sink hole on the dam wall on the par 3 2nd. As in most cases what we believed would be a quick fix turned out to be a major undertaking.
After about a day and 16 man hrs later we found that some drainage pipe had become unhinged causing a major washout below turf level. The problem we encountered was that the pipe was below lake level, so to fix the drainage pipe we had to drain 95% of the lake. This was another issue itself, after a few years and several storms a considerable amount of silt had been deposited in the lake. Enough to cover the emergency drain line in around 6 ft of silt. So in order to drain the lake we rented a 4 inch pump to drain the lake. The lake depth is suppose to be around 12 ft, as you can see in the photo below in parts of the lake there is approximately 10-11 feet of silt. As you may guess the removal of the silt has been placed high on our capitol project list!


In other news we recently held our annual East Lake Agronomy bowling day. This was a fantastic day to let our crew know how much they mean to us and to thank them for their tireless efforts they put in day in and day out. We must take a moment to thank Jason Whitecliff from Syngenta for sponsoring the day for us.
We also celebrated thanksgiving lunch with a pot luck dinner. Lets just say everybody was moving a little slower after lunch. Please see below for photos. 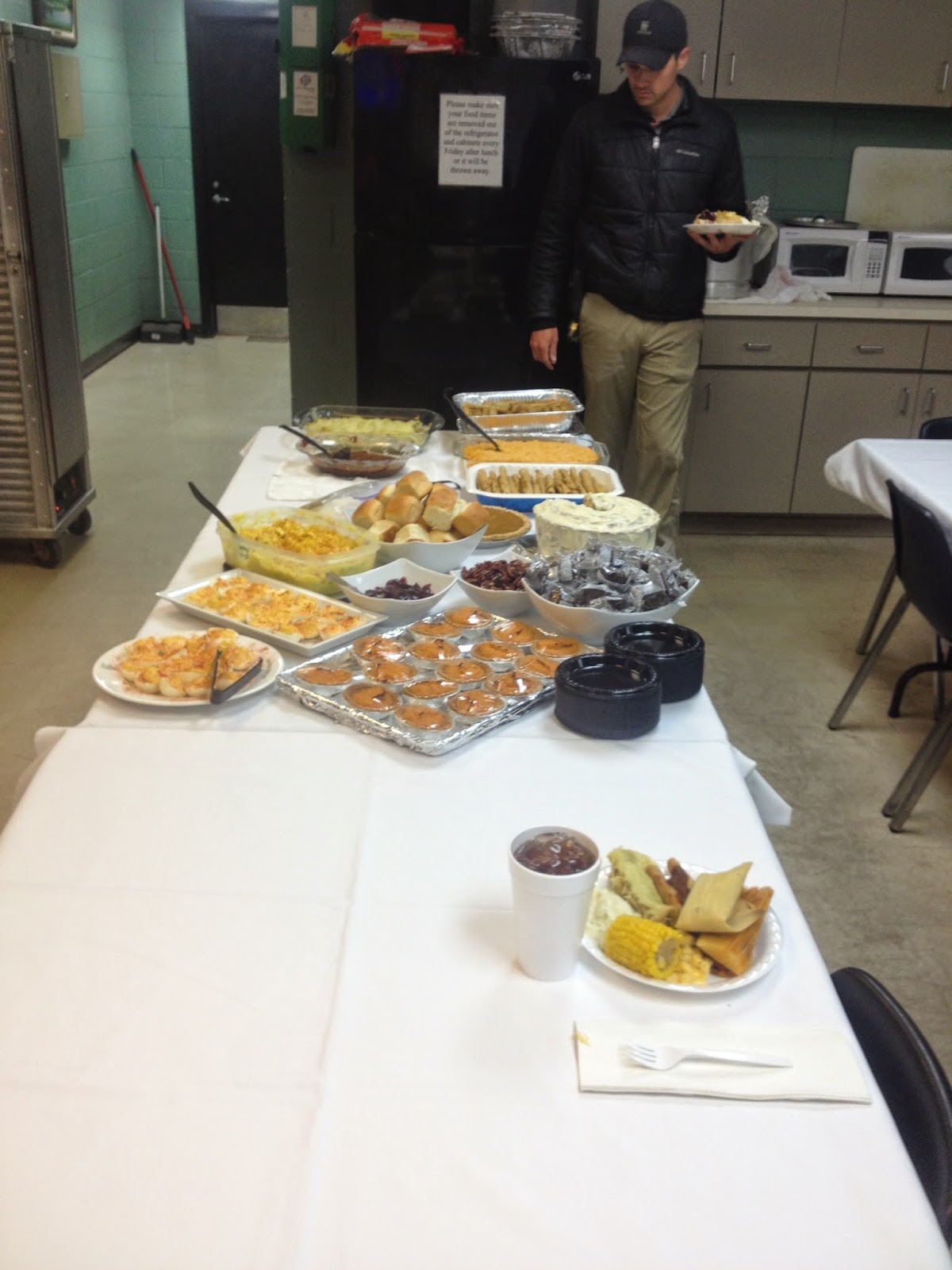 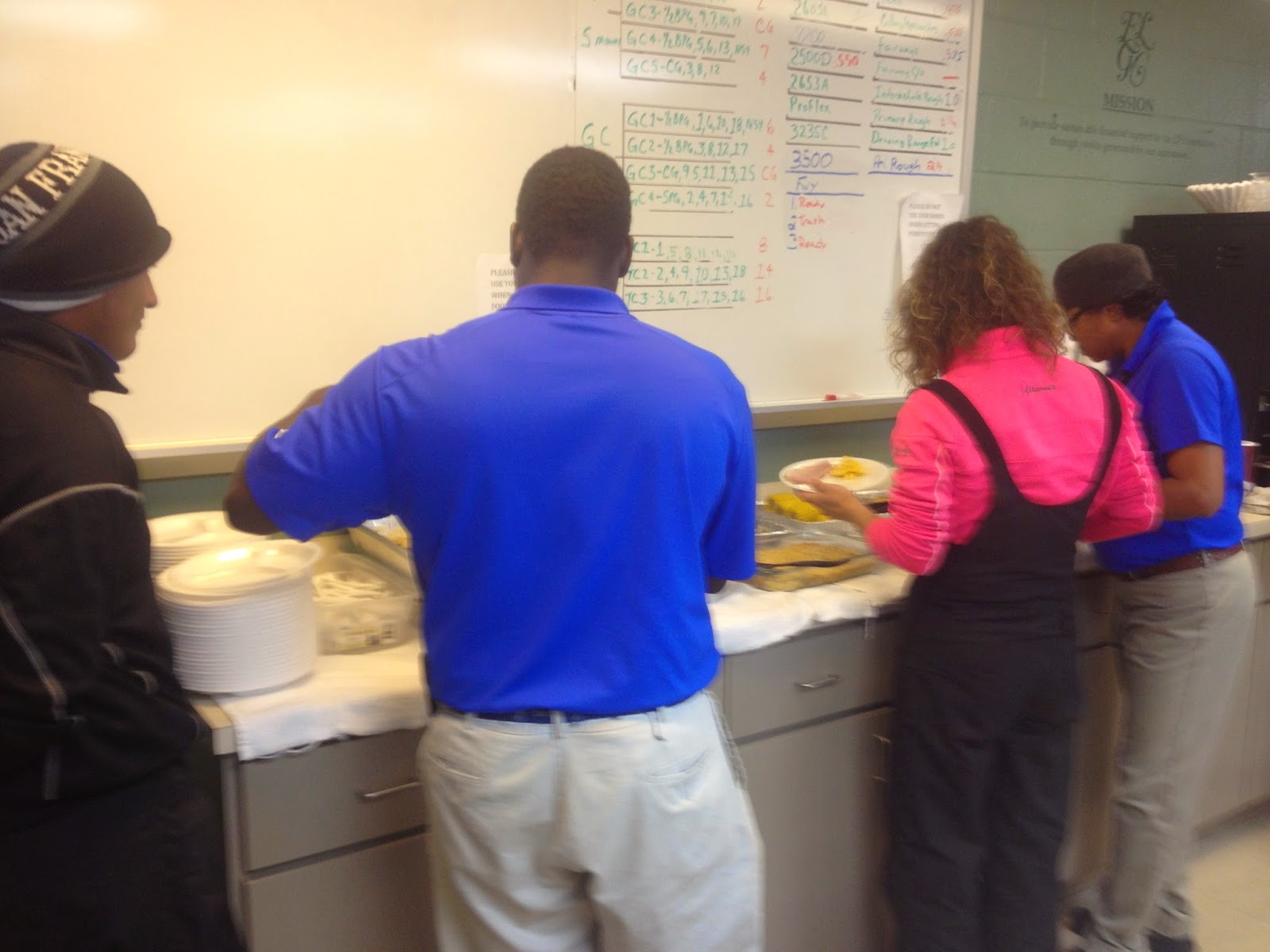