In very few cases golf courses get to host an annual event, but in the case of TPC Sawgrass they host The Players Championship each year. Fortunately I was able to be part of this great event and Volunteer for the week.

The tournament is run like a well oiled machine, with superintendents and assistant superintendents from all over the country and in a few cases from other countries all coming together and helping where ever they can for the week.

Prior to assuming our volunteer roles with the agronomy department we all met and were introduced to the superintendents of TPC Sawgrass. During the introduction we were instructed what the expectations would be for the week and what the general plans would be. With the main emphasis being to work hard, but have fun.

The Sunday prior to advance week was our first day on the course. The morning meetings started at 4.45am and we were heading on the course to perform our assigned tasks by 5am. In a sense it was the agronomy department's practice round to get everything dialed in before Thursday. The afternoon start times varied depending on where the last group of golfers were located. During the week the entire golf course was mowed out including fairways, rough, bunker rotary and flymo.

With around 140 golfers going off both tees at around 7.15am the volunteers were split between front nine crew and back nine crew. I was part of the front nine crew, mowing fairways. Fairways were cut twice a day rotating the direction of the cut.

Prior to heading out on the course on Wednesday we all had a surprise visit from Zach Johnson. He had nothing but great comments about the course and what the team at Sawgrass had achieved given some of the media speculation about the greens. 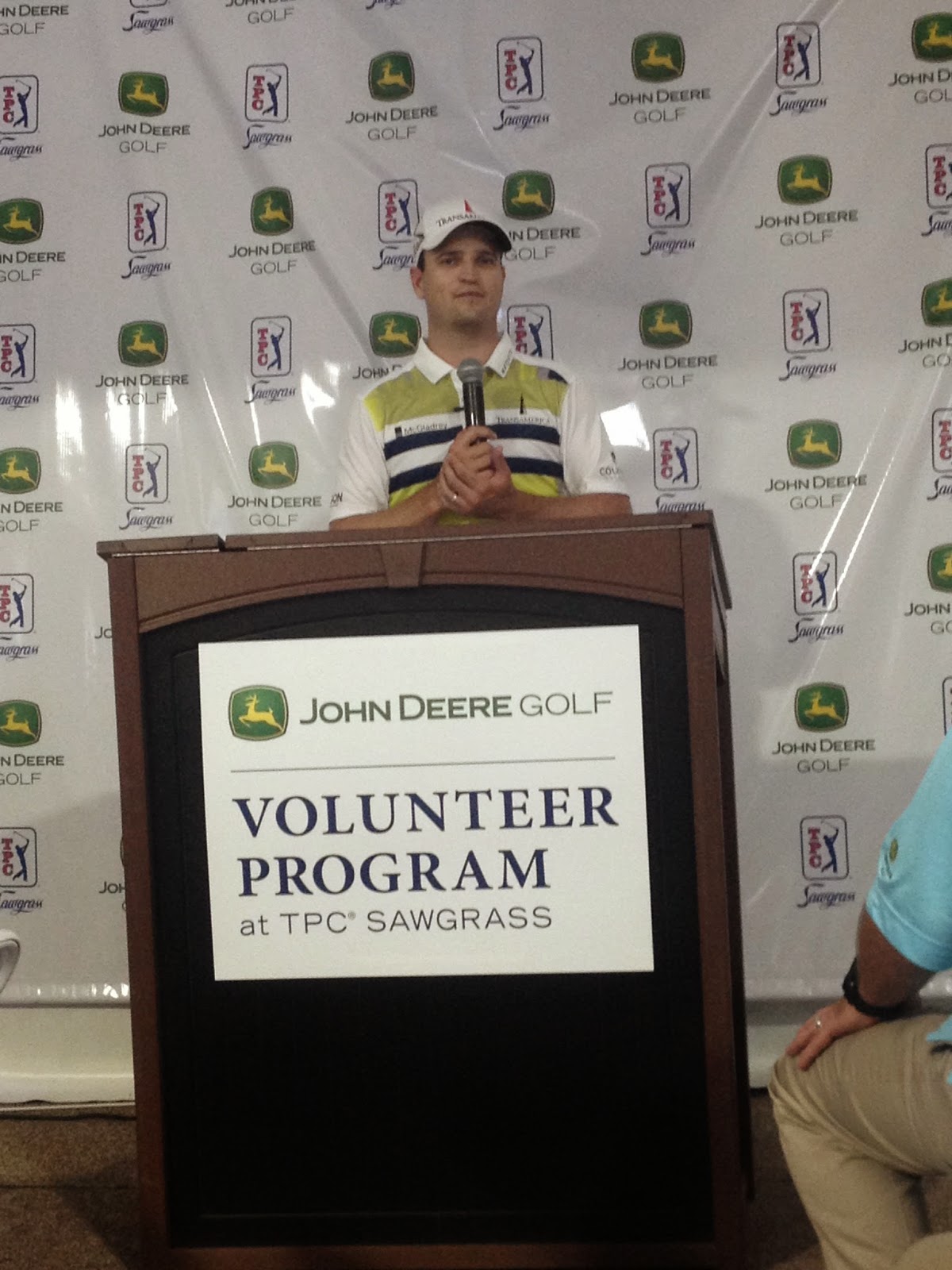 As the week progressed the course really shined and showed the hard work and dedication the team at Sawgrass and the army of volunteers had achieved.

In ending this post I would highly recommend to volunteer at this event. The team at Sawgrass really made you feel like you were part of their agronomy team. Also from a networking aspect, you get the chance to meet fellow superintendents from all over the country and discuss many practices that may be beneficial at your own course.