One of the things on our punch list was to regrass the chipping green bunker and restore the bunker to its original grade.
The bunker was last restored in 2007, over the years the grass bank had accumulated a large deposit of bunker sand on top of the original grade ultimately comprising the original design. This happens over time through thousands upon thousands of shots being played out of the bunker with each shot splashing about a cup full of sand each time.
The sand build up creates a tall, inverted lip that may interfere with golfers trying to practice. The layer of bunker sand also effects the quality and appearance of the grass bunker face. Even though golfers should not walk up the bunker face, from time to time it happens, and due to the loosely held turf it could cause some ruts in the grass face. 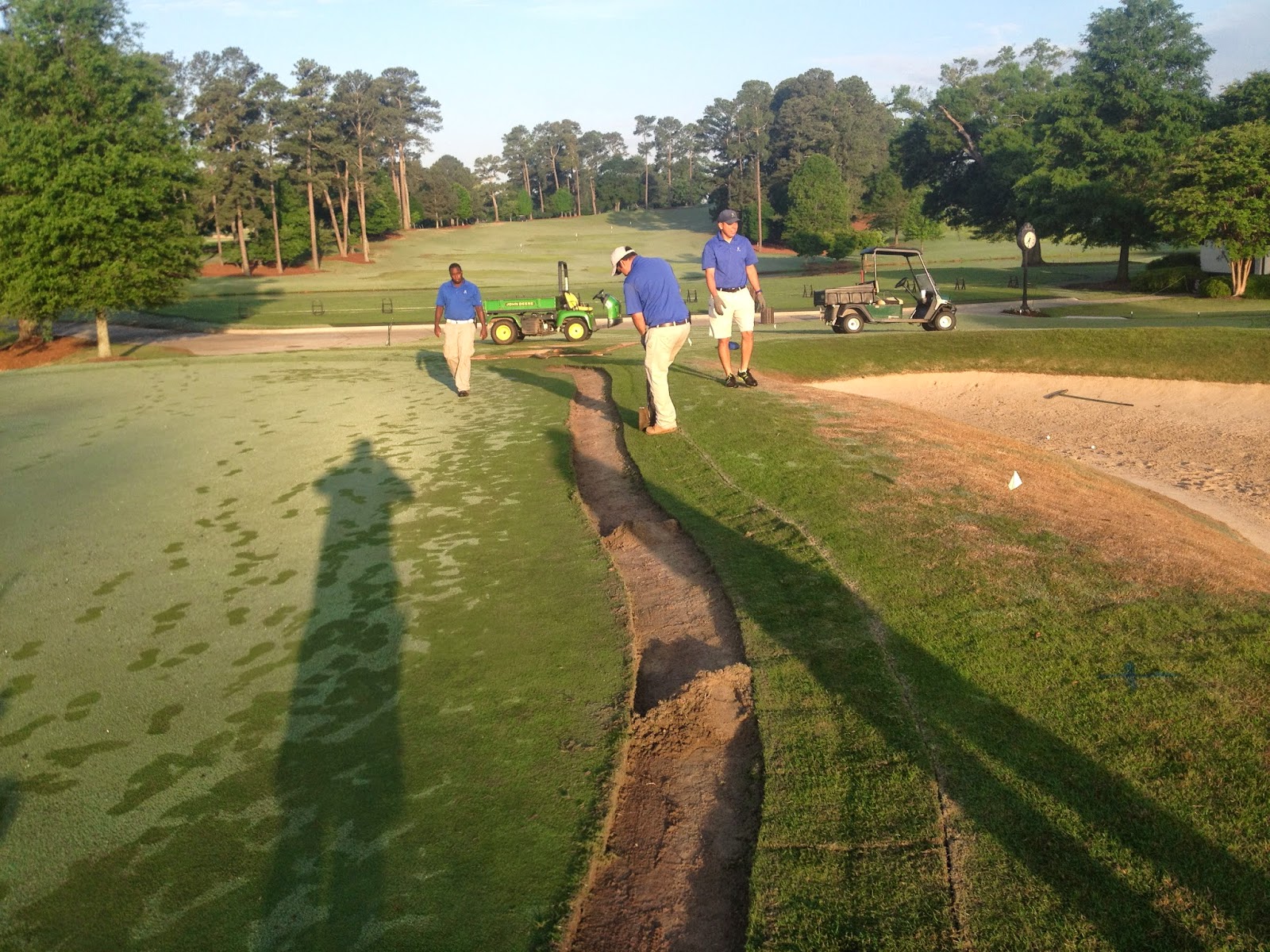 We decided to strip all the turf away, even two passes into the green to remove the accumulation of bunker sand. 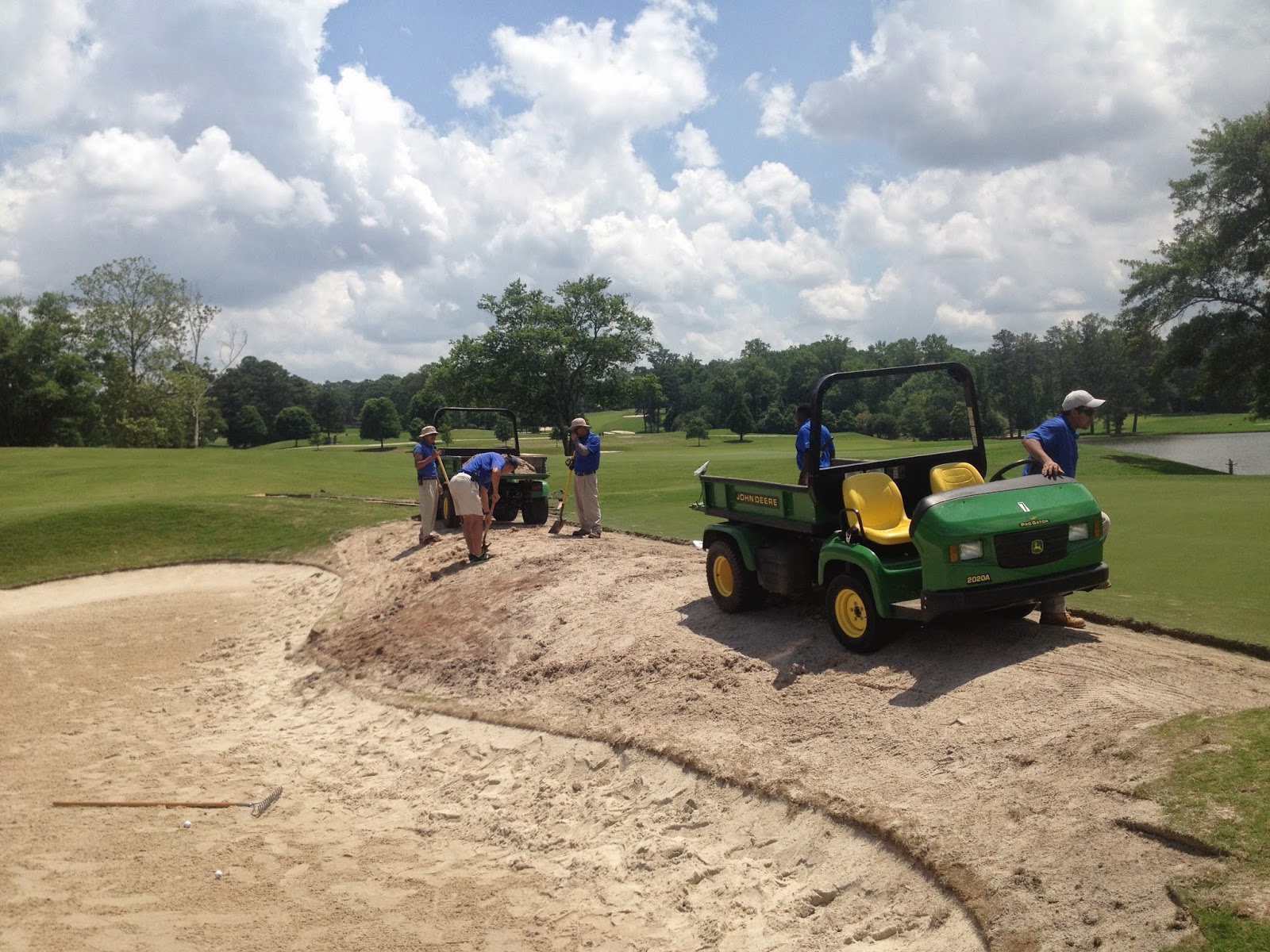 Once we removed the turf we had to remove approx 4-8 inches of sand to get back to the original grade.

The photo above shows all of the unwanted material removed and back to grade. 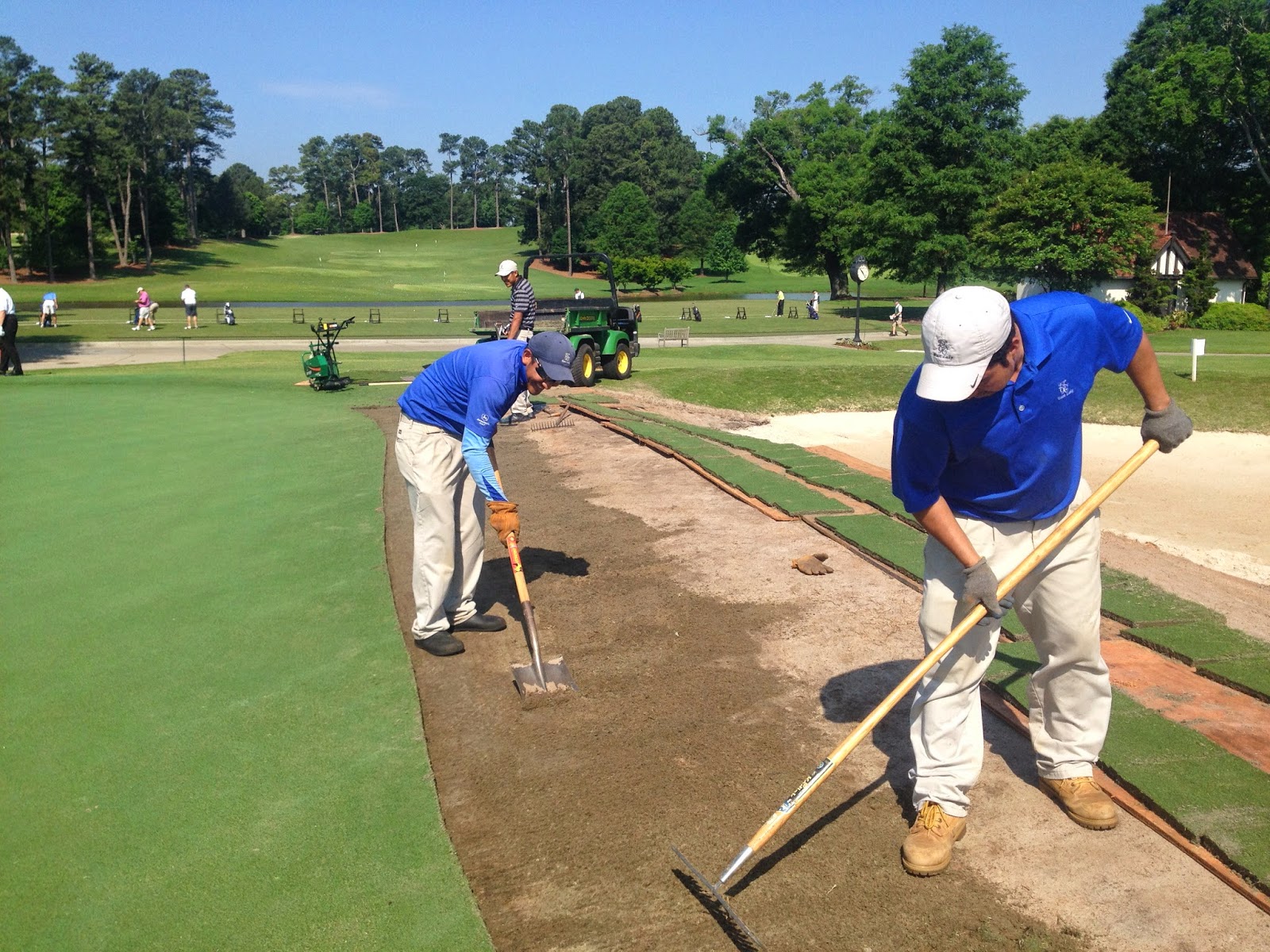 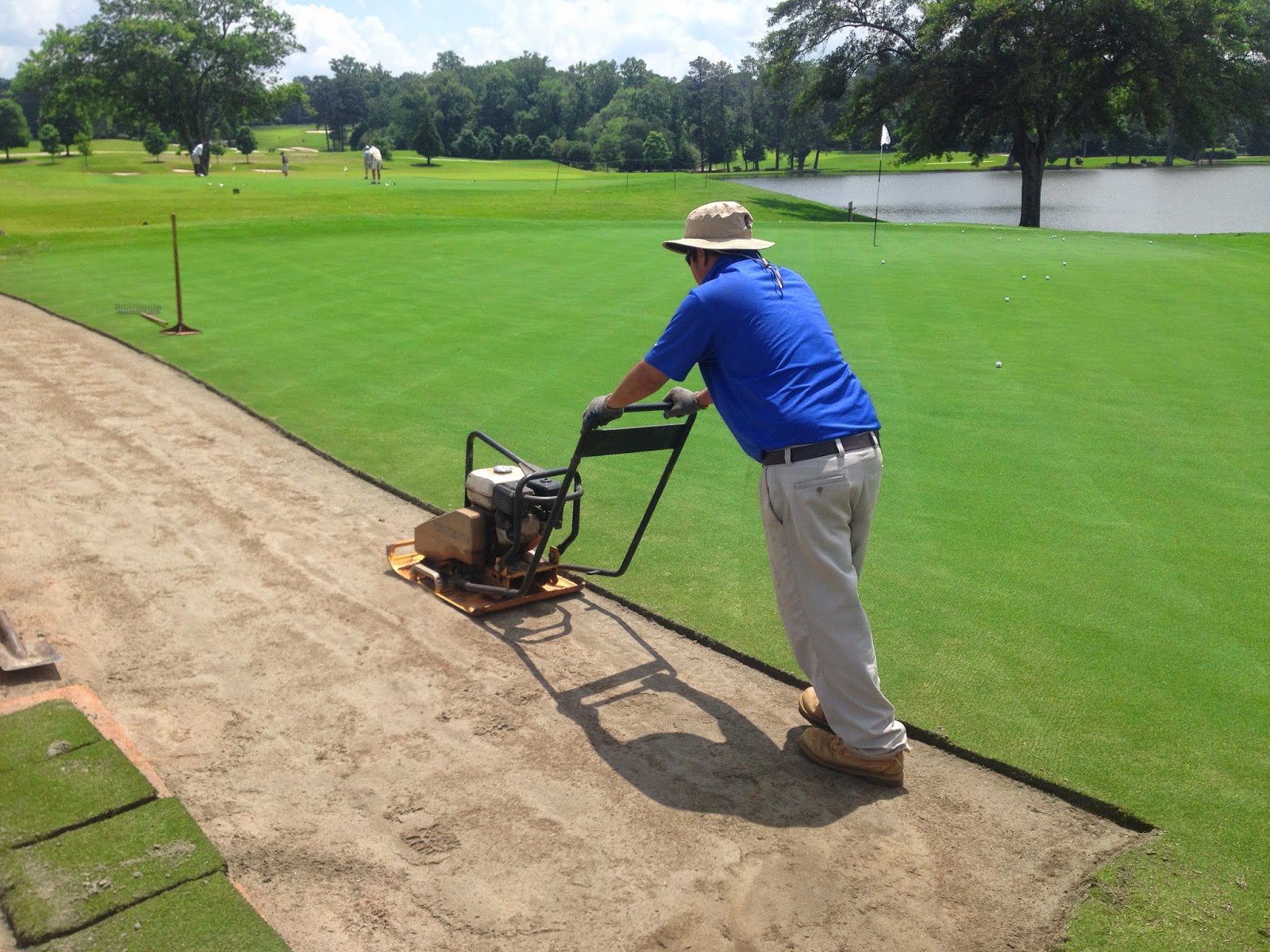 Once we were happy with the grade of the bunker slope, we leveled and prepared to lay the MiniVerde sod that we had removed back to its original location. 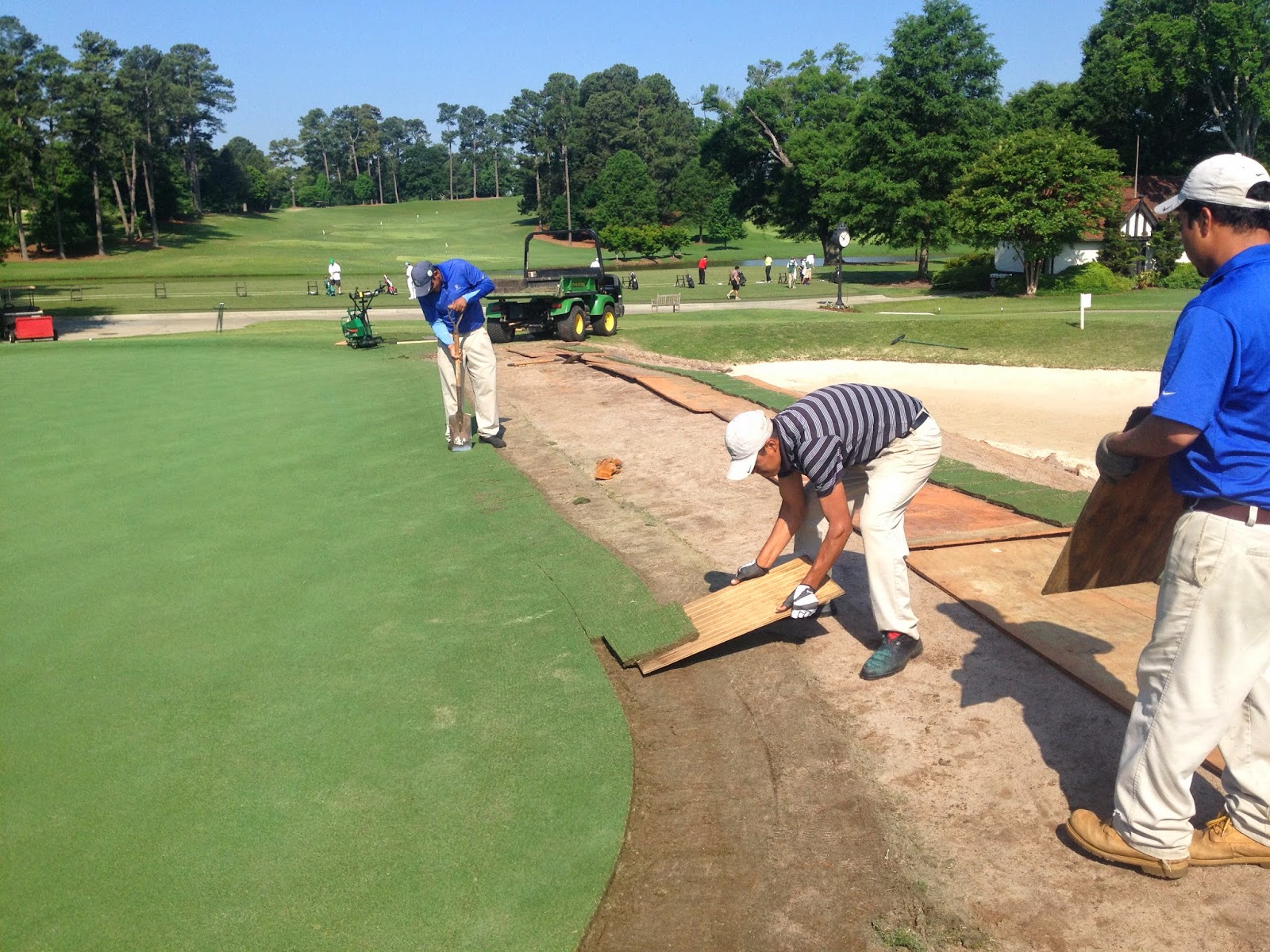 Being as careful as we could not to damage the turf we used ply boards to lay the MiniVerde sod back in place.

And here is the finished product back to original grade and design.