The "Polar Vortex," that is dropping temperatures across the US, is hitting us here at East Lake Golf Club this week.  The projected temperature are: highs around 25 degrees, lows reaching 7 degrees.  Winds are going to be at 20 to 30 mph, sustained.  We had initially covered our greens the week prior when we saw temperatures were to be under 25 degrees.  When the new lows hit single digits, we decided to pull the covers, and add a layer of pine straw for an extra layer of insulation.  Most, if not all superintendents in Atlanta that have ultradwarf greens are doing the same practice.
By adding an extra layer of insulation, we hope to avoid damage to the greens, or winterkill.  Winterkill is the loss of turf during winter months.  It is caused by crown hydration, low temperatures and ice/ snow on the turf.  By adding the pine straw we hope that this will created and maintain an air pocket between the green and the cover.  It is like a bed cover.  When you first get under the cover it is cold, but the heat generated will stay warmer and longer, as long as the covers stay on the greens.  This is the first time since 1996, that we have seen temperatures this low in Atlanta, Georgia.
It took the crew roughly 9.5 hours to remove the covers and add the layer of pine straw.  We pulled the pine straw from beds around the golf course, after the had been blown into piles.  The pine straw was dumped on the greens, and spread to a layer of around 2 to 3 inches.  The covers were then placed back over the greens, to lock in the straw so it would not be moved by the wind. 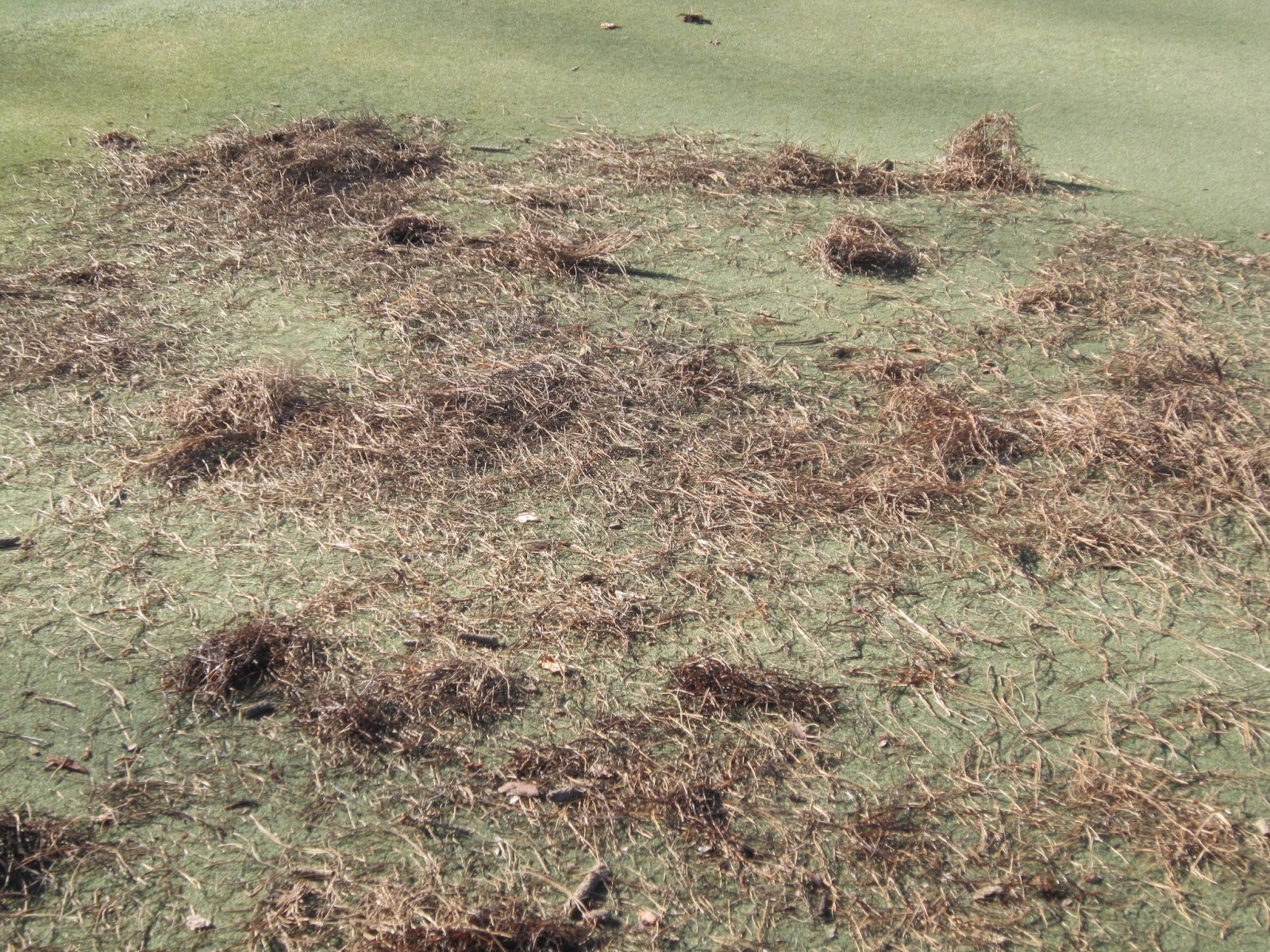 The video above demonstrates the simplicity of our insulation technique.