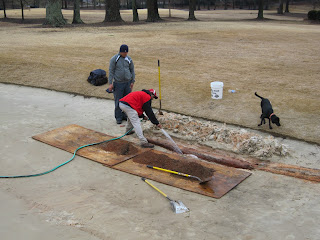 After a considerably wet winter we discovered a significant drainage problem at #15 Green side bunker. We located the drain in the bunker, and tried to flush the line hoping to remove any sand or debris that may have been logged in the pipe. Unfortunately,  there was no wire trace in the drain so we couldn't be accurate while trying to locate the drain. 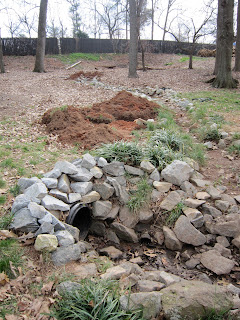 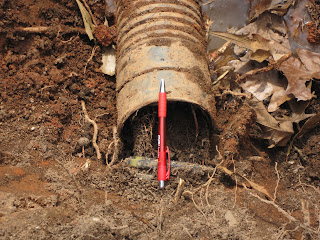 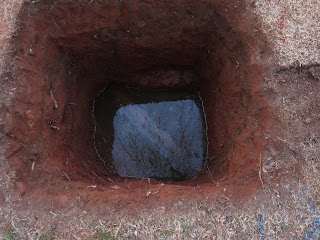 After locating the pipe we dug a few feet away from the block, cut the pipe and this is the result.  Water drained like we had hoped, so we were ready to re route the pipe to a closer drain basin. 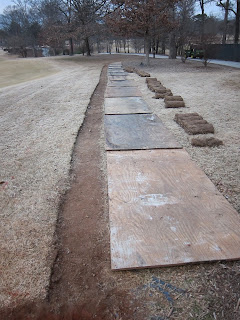 The image above shows the turf cut and ply board laid so we are ready for the trencher. 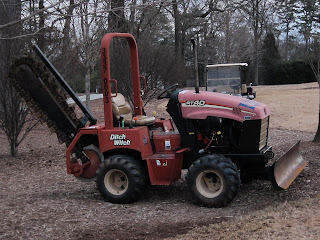 To reach the required depth of the pipe, we hired a ditch witch with a 70 inch trenching bar. 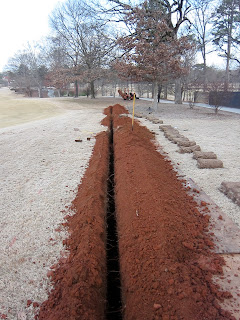 A successful trench dug out, no main lines hit and ready for pipe.